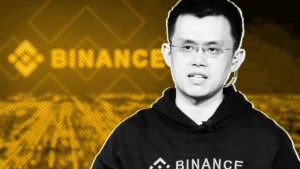 Bitcoin has been denounced for its extremely volatile and unstable nature. However, recent data says otherwise as it highlighted Bitcoinâ€™s low volatility. Binanceâ€™s CZ went on to endorse BTC for being stable.Â Â

Is Bitcoin Defying Its Volatility Standards?

The crypto-verse has been anticipating the price of Bitcoin to breach the 10K zone. However, the king coin seems to be lounging in the 9K zone for the longest time now. While several crypto influencers have been predicting that the price of Bitcoin could beat its all-time high, the coin doesnâ€™t seem to be complying with these predictions.

Bitcoin has been described as one of the most volatile assets. Defying the obvious, Bitcoinâ€™s volatility is faring very low. Prominent analytics platform, Skew shared a tweet highlighting the same.

The CEO of Malta-based cryptocurrency exchange, Binance, Changpeng Zhao aka CZ appeared on Bloomberg Daybreak: Asia and shed light on Bitcoinâ€™s price movement. While the entire crypto community has been awaiting a significant price change in Bitcoin, CZ suggested that Bitcoin would sooner or later, considering the current scenario that consists of everything pertaining to macroeconomics as well the quantitative easing and fiat streaming into the economy. However, Bitcoin has been extremely stable, CZ pointed out.

Furthermore, he highlighted the fact that the market is currently inclining towards altcoins and about 60 percent of the exchangeâ€™s volume was derived from altcoins.

During the interview, CZ spoke about the recent hack on the social media platform, Twitter, that dragged Bitcoin into it as well. Bitcoin has been time and again associated with illicit activities and the latest hack gave Bitcoin haters another reason to diss the coin. However, CZ suggested that Bitcoin more transparent and traceable than fiat currencies. He added,

â€œIf somebody robbed the bank, itâ€™s actually quite difficult to trace the fiat cash. Whereas with Bitcoin, there is an audit trail and people know there are three addresses and people are tracking it now.â€

Additionally, CZ also highlighted that the hackers sought Bitcoin as it is a â€œbetter form of money than fiat.â€ CZ further suggested that Bitcoin, which is currently trading at $9,150.35 was part of the hack since it is valuable.

Chainlink, the widely-used decentralized oracle network, released its ‘2.0’ whitepaper yesterday in a move that sent LINK surging by 10%. The whitepaper described “hybrid smart contracts” and other mechanisms to make Chainlink’s oracles even more useful and resilient.

Crypto Scammers Turn Toward Terrorism With A Japanese Bomb Threat

Crypto terrorists threatened to bomb a government office on the Japanese island of Hokkaido. They told authorities that they would only disable the alleged explosive device if their crypto ransom was paid.