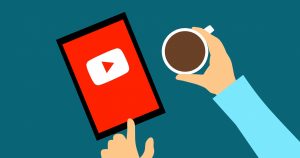 Fraudsters trying to scam Bitcoin from people is not new. But, the recent Twitter hack caused immense chaos. Another hacker seems to be following suit, however, on a different platform.

It has been more than a decade since the first cryptocurrency entered the market. With its price, the adoption rate of Bitcoin, as well as other cryptocurrencies have witnessed a surge. Cryptocurrencies are more valuable now than they were a few years ago, which strikes out the point that this industry is still in its nascent stage. Amidst these assets gaining more popularity over time, the hacks, and scams surrounding them has also increased.

Even though the prominent social media platform, Twitter was under attack a few days ago, Bitcoin was brought up nearly everywhere, which almost made it seem like the cryptocurrency itself was hacked. Several accounts of prominent influencers of the society, including politicians, celebrities, and even crypto personalities were targeted by the hacker. While the platform and the community were recovering from this attack, another hacker seemed to have garnered inspiration from the Twitter hacker. This time, however, it was on a different platform.

India is home to more than 1.33 billion people. With digitalization taking place in full swing, social media platforms record the highest user base from the country. The victim of the latest hack was a prominent Indian YouTuber, who goes by the name CarryMinati. Ajey Nagar aka CarryMinati took to Twitter to point out that his second YouTube channel, CarryisLive was under attack. His tweet read,

@YouTubeIndia My channel Carryislive has been hacked, need immediate assistance.

While the video has currently been taken down, hackers reportedly urged people to send in donations in Bitcoin. The video titled “Charity Stream: Help Assam & Bihar” was played on the application to the YouTuber’s 6.65 million subscribers. A Twitter user shared a screenshot of the video and the BTC and ETH addresses mentioned in the description.

YouTube is not new to scams pertaining to cryptocurrencies. Crypto giveaway scams have been surging every day. While the crypto community has been trying to battle these scams, Apple Co-Founder, Steve Wozniak recently sued YouTube for allowing fraudsters to use his identity to carry out a Bitcoin giveaway.

Dave Portnoy Has Taken a 180 On Crypto & Begun Shilling Altcoins

Bitcoin prepares for a strong breakout that will depend on its ability to close above $9,400 or below $8,900.
Ethereum flashed a buy signal that may see it rise towards $250.