Barclays is investing in Copper, one of the most recognizable companies in the rapidly-shifting cryptocurrency market, even as the sector continues to be shaken by a number of defaults and insolvencies.

According to the report, Barclays is committing a “small sum in the millions of dollars” in the current financing round for the cryptocurrency company.

Ex-Chancellor Philip Hammond is one of the advisers to the cryptocurrency firm Copper, which provides custody, premium broking, and settlement services to investment firms, according to the report. 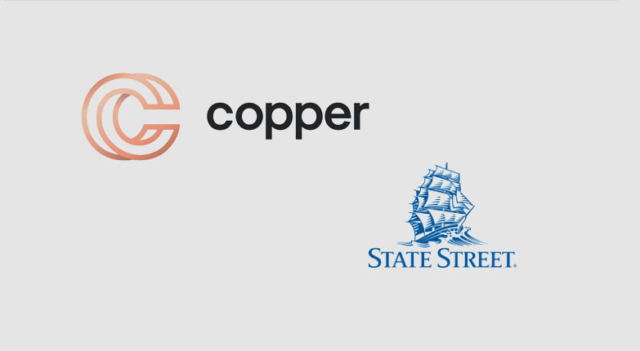 Dmitry Tokarev launched the company in 2018 and has attracted investors including MMC Ventures, LocalGlobe, and Dawn Capital, among others.

Copper recently encountered an gridlock as a result of the Financial Conduct Authority’s regulation mandating crypto asset service providers to apply for temporary certification in order to keep trading following its establishment in the crypto-friendly Swiss region of Zug and its collaboration with State Street.

The investment round wraps up more than nine months of postponement in the company’s $500 million Series C funding round, during which Copper had hoped to obtain $3 billion in valuation. This amount has been cut to $2 billion because of the dwindling cryptocurrency industry and diminishing investor enthusiasm.

Sophie Arnold, chief of communications for Copper, was quoted by Bloomberg News as saying on WhatsApp:

“As the funding round is ongoing, we are unable to comment on this report,”

In 2015, Barclays was the first British lender to endorse crypto, specifically Bitcoin (BTC), by convincing charitable organizations to accept the emerging asset class as donations.

Suggested Reading | Bitcoin ‘Back With A Vengeance’ – Crypto Liquidity Crisis Is Over, Citi Report Suggests

According to research by Finder, 6 percent of Britons currently possess cryptocurrencies (as of March this year). Nonetheless, this figure is lower compared to the world’s average of 15.5%.

Approximately 8.4% of men in the United Kingdom hold cryptocurrency, compared to 3.9% of women. 68 percent of crypto owners in the UK are men, while 32 percent are women.

About 20% of Britons had previously purchased cryptocurrencies, the Finder survey shows. Since 2018, when only 3% of the population held Bitcoin, this indicates a 103 percent growth in the number of people who had previously obtained crypto.

Barclays is one of the largest banks in the UK, with total assets of more than $1.5 trillion as of last year. Its involvement with the crypto business thus far is limited to a July 2021 decision to prevent users from using their cards to make purchases on Binance.

Bitcoin price dives pre-FOMC amid warning $17.6K low was not the bottom

The Monetary Authority of Singapore has encouraged financial companies to discourage cryptocurrency trading.
Responding to a question in parliament on Aug.

Marketing: Want an NFT of Your Face on 100 Million Cans of Hard Tea?

Marketing with NFTs is ploughing ahead, despite interest in NFTs falling, and crypto winter setting in.
Yet again, there’s another story about a big American brand getting on the NFT and Web3 train. Despite crypto winter, adoption of everything Web3 seems to be surging ahead.