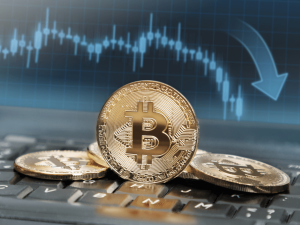 Bitcoin [BTC] price closed at an all-time second-highest on the monthly scale in July 2020. In previous times, the price was above current levels only for small periods of time; during the bull-run of 2017 and briefly around the $14,000 top in Bitcoin.

The on-chain metrics no. of UTXO Realized Price Distribution (URPD) shows that,

The research reveals that the maximum number of Bitcoins have been moved in the $7,000 – $10,000 range. Rafael Schultze-Kraft, the CTO of Glassnode analytics, further elaborates that the movements over $10,000 are over-rated, he notes,

85% of the circulating Bitcoin supply was moved at $BTC < $10,000 and is therefore currently in profit.
And yet 63% of all BTC hasn’t moved in over a year. Putting it conservatively: Not many investors that think we’re anywhere close to a top.

It is apparent that the sellers are waiting for higher prices.

Another metrics which measures the movement of long-term hodlers is no. of Bitcoin days destroyed. According to the chart by Blockchair, we can see that there were numerous spikes before July 2019. And, over the span of one year, there hasn’t been any major spike in the metrics.

Bitcoin [BTC] No. of Coin Days DestroyedThe two indicators confirm that the hodlers are not yet rushing to book profits or exit their Bitcoin trade around break-even prices.

Furthermore, as the hodlers are showing strong hands, the number of active addresses is spiking as well. Hence, while the existing circulating supply is being held as a Store of Value (SoV), engagement in still increasing positively. A recent update by Arcane Research notes,

The number of active #BTCaddresses (7-day average) surpassed 1 million addresses this week. This is the largest amount of active addresses recorded since January 2018.

Do you think Bitcoin is a long-term investment or a short-term ‘get rich quick’ play? Please share your views with us.

Starbucks, the biggest coffee shop chain in the world, now allows its customers to trace the origins of its coffee using Microsoft’s blockchain solution. Customers will be able to scan codes on the bags of coffee they purchase to discover their origins.