Bitcoin expects to attract a massive inflow of capital in a potential mass-migration from the stablecoin market, so says Glassnode.

The Zug-based data intelligence agency wrote in its weekly research note that the supply of stablecoins outpaced that of Bitcoin. The fractal points to an increase in demand for the US dollar-pegged tokens. Traders and investors can utilize the new stablecoin repository to pump the Bitcoin market.

These non-federal digital dollars tend to improve liquidity in the cryptocurrency market. Traders use them to purchase or sell cryptocurrencies without needing to involve a banking institution – and to seek stability during highly volatile periods of trading.

But the last few weeks has encountered Bitcoin in its least-volatile avatar. The cryptocurrency stands stuck in a narrow $300 trading range, with traders unable to establish a definite short-term directional bias. 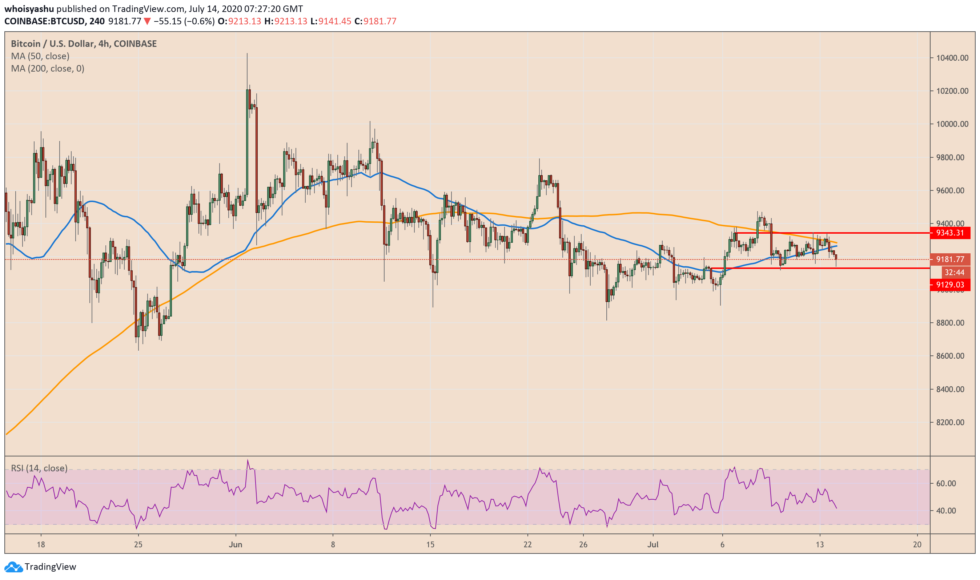 Theoretically, it should decrease the demand for stablecoins, but their supply rate is rising, nevertheless. The top stablecoin Tether, for instance, reported a market capitalization worth over $10 billion last week.

Glassnode refers to it as “readiness of money” before they flow into the bitcoin market, based on a so-called Bitcoin’s Stablecoin Supply Ratio. 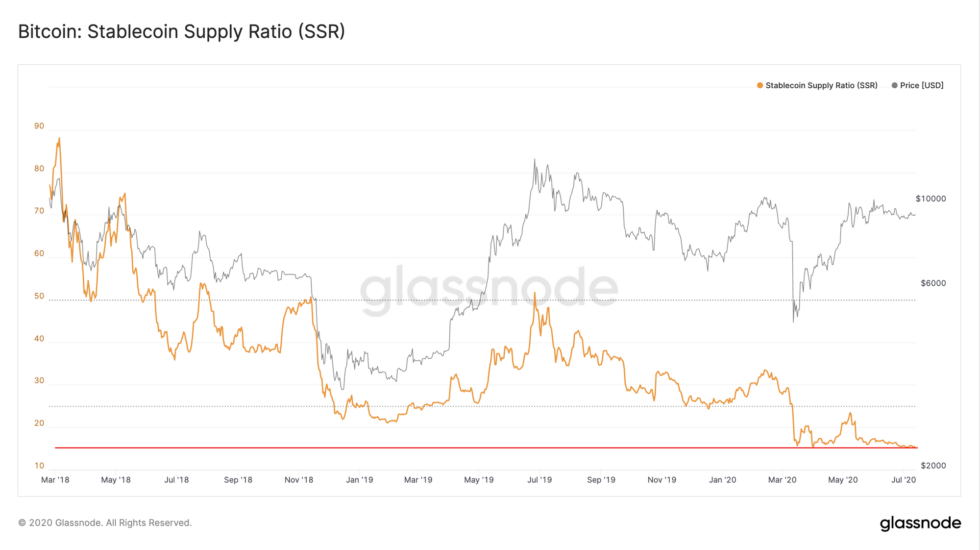 “This metric – representing the ratio between the supply of money in BTC and the supply of stablecoins – highlights the theoretical readiness of money to flow into BTC,” the excerpts read. “The more money held in stablecoins, the higher the potential for a large inflow of capital into BTC on short notice.”

The statement also follows as multiple analysts watch the Bitcoin market for its next breakout move. Josh Rager, a US-based cryptocurrency trader, said this Sunday that lower volatility typical entices Bitcoin to undergo 30 percent to 60 percent moves in either direction.

While a higher stablecoin supply may lead the BTC price higher, Glassnode reminded that the same capital could migrate into the altcoin market. Excerpts from its note:

“With this rise in stablecoin supply, we might be seeing people preparing to buy into BTC en masse. But these funds may also be earmarked for another purpose, such as buying into the altcoin pump.”

Glassnode added that investors might be holding stablecoins as a store-of-value asset against an uncertain macroeconomic outlook.

Photo by Aaron Kato on Unsplash

Industry experts say Tether and Decentralized Finance tokens will play large roles in the future of Ethereum as the blockchain approaches its five-year anniversary on July 30.

As the world is eight months into the coronavirus pandemic, the World Economic Forum (WEF) asked innovators around the word to share their vision of possible positive changes in the post-pandemic society.
In a blog post published on Nov.

CryptoQuant CEO has pointed out that Ethereum is undervalued in terms of Institutional buying
Institutional investors will eventually add more Ethereum to their bags
Ethereum held on crypto exchanges continues to decrease and is at a 1.