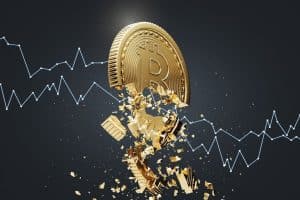 Bitcoin price is holding above $11,000, however, it has a bearish inclination in the short term. The trading on Thursday saw buyers revive the bullish momentum upwards but hit a wall at $11,200. A reversal took effect with Bitcoin seeking support at $11,000. At the moment, the price has already dived below the key ascending trendline support. This reinforces the increasing bearish pressure across BTC markets.

The price is also trading under the 50 Simple Moving Average (SMA) in the 1-hour range. The same correction on Thursday saw Bitcoin drop under $11,000 and even traded at $10,798. The developing bearish momentum is likely to continue in the near term with a break under $11,000 imminent.

Highlighting the bears’ influence over the price is the Relative Strength Index (RSI). This indicator is heading fast toward the oversold region. Meanwhile, it is struggling to hold the ground above 40. However, the sharp descent shows that bears are likely to win this tug of war.

The same downtrend is brought to light by the Moving Average Convergence Divergence (MACD) as it contemplates sliding into the bearish region. A bearish divergence is underway at the time of writing which emphasizes the dominance of the sellers.

John McAfee was imprisoned earlier this week.
The tech billionaire is so far having a “fascinating” time, according to his wife, Janice McAfee.
He faces decades in prison if convicted.

Brave has made its websites available on Tor.
Tor is a gateway to the dark web.
Brave produced a guide explaining how you can do it, too.

San Francisco-based cryptocurrency exchange Coinbase today announced that it has added support for instant withdrawals in nearly 40 countries, including the US, the UK, and many in Europe.