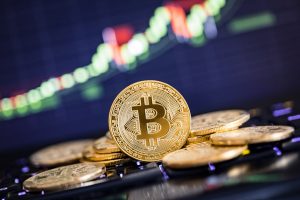 Bitcoin markets remained paralyzed for almost eight weeks. With all lifestreams (volatility) cut from the main source, the largest cryptocurrency remained motionless until a breakout was confirmed on Tuesday.

Coming from a position of volatility, after falling to a two-year low, BTC/USD sprung up above several resistance zones starting with $9,200. The upward leg continued above $9,230 as well as the key $9,300 level. Buyers had their eyes fixated on $10,400 but the momentum lost steam short of $9,500.

At the time of writing, Bitcoin is trading at $9,385. Bulls are dealing with an increase in selling pressure. Resistance at the 50-day Simple Moving Average (SMA) is proving to be a hard nut to crack.

Technical indicators applied to the chart are gradually changing from the bullish picture in favor of consolidation. The Relative Strength Index (RSI), for instance, has settled for a sideways action at 54.98. This follows an impressive upward movement from levels under the average to those close to 60.00.

Similarly, the moving average convergence divergence (MACD) hints that consolidation would take precedence to allow buyers to gather strength once more for the impending breakout to $9,800. The indicator is clinging to the midline, emphasizing on the sideways action.

For now, it is clear that that path of least resistance is sideways. However, with a falling tringle pattern already confirmed, the potential for gains above the resistances at $9,800 and $10,000 remains high. Glancing farther up, the ultimate goal in the medium term is $10,400.

Ethereum has been caught in a parabolic uptrend throughout the past several weeks, and its momentum isn’t showing any signs of slowing down.
Throughout the past week, the cryptocurrency had been consolidating below $400 in tandem with Bitcoin’s bout of sideways trading below $12,000.

A new application powered by the IBM blockchain aims to help people around the world return to physical encounters amid the coronavirus pandemic.