A famous Bitcoin skeptic has called for a gold-backed currency to save Turkey as its national fiat currency collapses.

In a tweet on Monday, John Hopkins professor Steve Hanke argued that hard money was now the only way out for Turkey, which has spent billions of dollars propping up the lira.

At press time, those efforts were still in vain, as another day of intense selling sent the lira to a record low against various currencies including the euro and Bitcoin (BTC).

Weakness in the United States dollar meant that the lira–dollar pair avoided a record of its own, nonetheless dropping to its lowest levels since May.

“The central bank’s net foreign assets are a staggering negative $32 billion. Turkey has run out of ammunition in its futile defense of the hopeless lira. Only a gold-backed currency board can save the lira.” 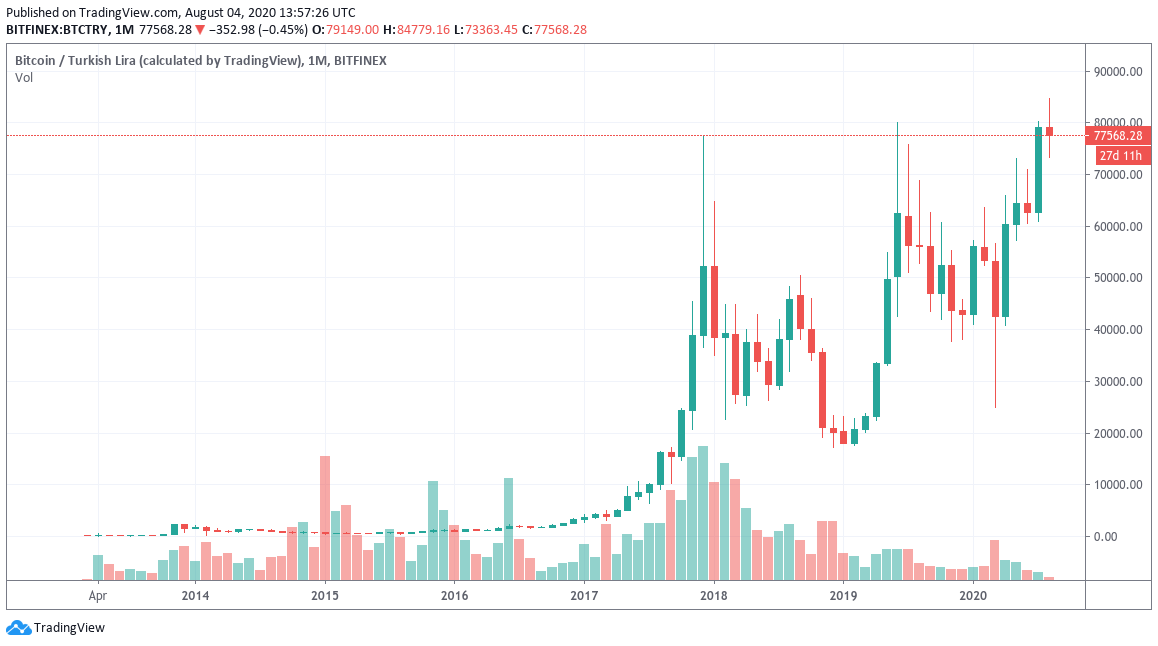 Turkey’s situation is reminiscent of that which engulfed Russia in 2014 as the Ukraine crisis sparked a rout that saw the central bank continually selling foreign exchange reserves to steady the ruble.

“They’re intervening quite heavily. And the question is how long they can do that,” a strategist at Dutch bank Rabobank told the Financial Times last week.

Ankara has taken a laissez-faire approach to Bitcoin regulation, with a lack of formal recognition ironically contrasting with moves such as banning PayPal in 2016.

Hanke is well known for preferring other safe-haven assets to BTC, which he described in June as “not a currency.”

He joins the likes of Peter Schiff in his support for gold, which itself is at $1,975 — an all-time high in U.S. dollar terms.

Interventionist strategies on the part of governments and central banks when it comes to currency forms a major argument in favor of Bitcoin as an alternative. As Saifedean Ammous notes in his now ubiquitous book The Bitcoin Standard, the foreign exchange leverage that Turkey is now using only came about because governments removed the gold backing of their respective currencies.

In a timely post this week, Ammous highlighted a 1957 essay by Ludwig von Mises as an essential weapon against bowing to what he called the “inflationist nonsense” of fiat.

“Nothing is more important today than to enlighten public opinion about the basic differences between genuine liberalism, which advocates the free market economy, and the various interventionist parties which are advocating government interference,” Mises concluded.

Five Years of Ethereum: From a Teenage Dream to a $38B Blockchain

It would seem that five years is a relatively short time for an information technology company, but Ethereum has made colossal progress during this time, growing from its own initial coin offering project to the largest blockchain platform, running about 2,000 decentralized applications.

At a time of unprecedented upheaval in the global tourism industry, blockchain-based travel booking service Travala and Swipe aim to boost crypto’s useability.

After trading sideways in the range between $9,000 and $10,000 for nearly two months, Bitcoin suddenly woke from its slumber on Monday and recorded an 11-month high around $11,390.