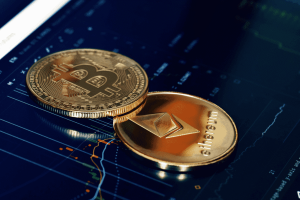 While the community was ecstatic with Bitcoin finally going past $10K, latest charts suggest that the crypto-verse has more than this on its cards.

A Potential Bull Run Ahead?

Bitcoin’s price movement, over the last two months recorded no significant rise or fall. Looking at this, several members of the crypto community went on to suggest that the king coin was dead. However, Bitcoin went on to prove everyone wrong as the coin soared up to a whopping $11,194.99. While several believe that Bitcoin’s price was overvalued and would soon correct itself, the community is under a dilemma of buying or selling this asset.

Popular online analytics platform, Skew shared a chart about the same. It is not new that the price of altcoins are related to the price of Bitcoin. Yesterday’s Litecoin [LTC] price rally was substantial proof. However, the correlation between BTC and ETH remains significant for the market. As per Skew’s latest tweet, the correlation between Bitcoin and Ether is reportedly “coming off hard.”

Furthermore, the analytics platform highlighted that the slump in the correlation could be directed towards a potential rise in the market. The tweet read,

The chart also indicated that Bitcoin hit an all-time high during 2017 when the correlation between BTC and ETH witnessed a serious slump.

What’s Next For Bitcoin?

While Skew inclined towards a possible rising market, prominent cryptocurrency exchange, OKEx shared its insights about the king coin.

Over the last seven days, Bitcoin had garnered gains up to 17.7 percent. The price of the king coin finally breached $10K and went on to prolong its journey its journey beyond $11K. At the time of writing, the king coin was trading at $11,085.58. Giving Bitcoin traders a ray of hope, OKEx’s analysis suggested that the king coin could traverse beyond $11,500. This would further be possible only if the coin could push past a major resistance level at $11,200.

Additionally, the chart revealed that the trading volume did not witness notable surge. This further exhibited the community’s bullish sentiment. Considering that traders continued hodling Bitcoin instead of selling it indicated that they expect the price of the coin to surge.

Emergent payment methods are gaining ground among consumers, according to a survey from Mastercard. Payments with cryptocurrencies are chief among them.
According to the Mastercard New Payments Index, 93% of consumers are considering using emerging payments in the next year.

Ethereum 2.0 testnets are squared up, offering $5,000 to any challenger who can break them.
The invitation came in a tweet from Ethereum core developer Danny Ryan, linking to a Github page outlining additional details and parameters for the challenge.

Binance, the world’s largest cryptocurrency exchange by trading volume, is listing another batch of fan tokens by a major sports-focused token platform, Chiliz.
According to a Dec.