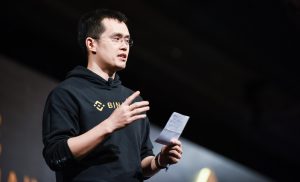 The U.S. SEC has time and again tried to regulate the crypto-verse. This time, Binance Chain has fallen under the SECâ€™s radar as the regulator intends to monitor the transactions on the formerâ€™s blockchain.Â

The cryptocurrency industry has existed for more than a decade now. With time these assets crossed its nascent state and became increasingly valuable. Even though the crypto-verse upholds decentralization, the government of almost every country across the globe has an eye on the industry. The United States Securities and Exchange Commission [SEC] and the crypto industry clearly have a history.

In more recent updates, the SEC has reportedly decided to probe a prominent crypto platform. As per a notice issued by the SEC, the regulator is eyeing a contract with the prominent analytics platform, CipherTrace. However, the SEC intends to do so to monitor the transactions carried out by the Binance Chain.

Malta-based Binance has been touted as the largest cryptocurrency exchange in the world. By rolling out several updates and developments, the Binance team ensures that the crypto platform always remains ahead of the curve. Back in November 2019, the Changpeng Zhao led cryptocurrency exchange revealed that it had partnered with CipherTrace as the latter had extended support for Binanceâ€™s blockchain network, Binance Chain along with the exchangeâ€™s native currency, Binance Coin [BNB]. This led to the availability of the details pertaining to the transactions carried out on the Binance Chain to the users of CipherTrace.

While the transactions on the Binance blockchain remain public, the SEC intends to join hands with CipherTrace via a contract. This contract would reportedly be presented to the platform on 31 July 2020 and would have four one-year option periods, however, at present it would be only for a year.

The CEO of the Malta-based cryptocurrency exchange, Changpeng Zhao aka CZ came across the latest news and justified the same. CZ took to Twitter and tweeted to his 540K followers about the latest update. His tweet read,

@ciphertraceâ€™s support of #BinanceChain is an important step for more BEP2 token listings on fiat exchanges.

It’s been an explosive past few days for Ethereum. According to CryptoSlate data, the leading cryptocurrency is up by nearly 20 percent in the past 72 hours, rallying from approximately $245 to a local high of $289.

USDC Continues Move Away From Ethereum, Heads to Stellar – Decrypt

USDC, the US dollar-pegged stablecoin managed by Circle and Coinbase, is coming to the Stellar blockchain, Circle announced today.

As Bitcoin hits highs not seen thus far in 2020, BeInCrypto joined MMCrypto’s Chris for a chat about the current state of the cryptocurrency market and where it’s headed.