Dogecoin serves as a reminiscent of 2017’s notorious crypto frenzy, according to Ryze.

The Atlanta-based bitcoin firm, which creates automated trading solutions for crypto traders, called Dogecoin for its shady price behavior last week. It noted that the meme cryptocurrency behaved almost like “pump-and-dump scams” that duped investors of millions of dollars in 2017.

In retrospect, the Dogecoin price last week rose by up to 150 percent in just three days of trading.

The catalyst that drove its rate explosively upward was TikTok, a short-form video app having 800 million users worldwide. One of its users, James Galante, made a joke video about sending Dogecoin to $1 if everyone invests at least $25 into it.

The message went viral, leading to a dramatic spike in the Dogecoin rates across multiple exchanges.

This tiktok I made the other day as a joke about Dogecoin went mega viral and now the crypto’s value is up 16% in the last 24hrs lol https://t.co/HimKE2VAD2

He further called the trend “dangerous” since it directly communicated with teenagers and younger adults with little-to-no experience in trading and investing.

“Young, inexperienced investors in their late teens/early 20’s heeding TikTok financial advice hoping to catch the next moonshot, can result in thousands of people getting burned and having a bad experience in crypto,” Mr. Aluri stated.

The concerns also heightened because of Dogecoin’s lack of use case. The cryptocurrency came to existence back in 2013 as a joke token. Its earlier days saw people spending it on making micropayments, such as tips and donations. It also served as a sponsor to  NASCAR driver Josh Wise in 2014, which helped its popularity. 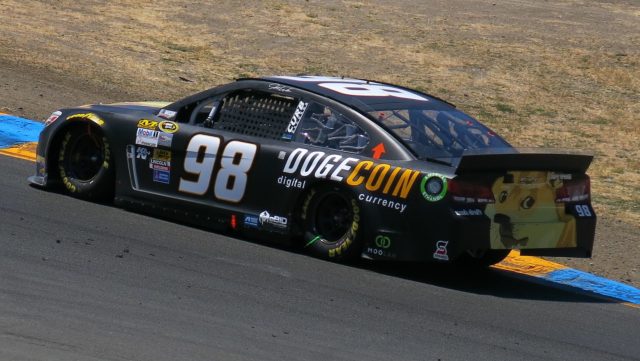 Nevertheless, Dogecoin failed to keep itself updated with the rest of the cryptocurrency market. Traders started losing interest as more attractive investment alternatives appeared in the form of Ethereum, EOS, Tezos, Chainlink, and others. Hence, it practically became a worthless token.

“Dogecoin was made in 2013 as a joke, it has no real use case,” Mr. Aluri asserted further.

As anticipated, the DOGE/USD pump failed to sustain itself beyond its yearly top of $0.00569.

The pair corrected lower extensively, falling by as much as 48.29 percent from the said level. Its next attempt to rise higher managed to add just 3 percent of gains to its rate. As of this time of writing, the DOGE/USD pair was trading 45 percent lower from its year-to-date high. 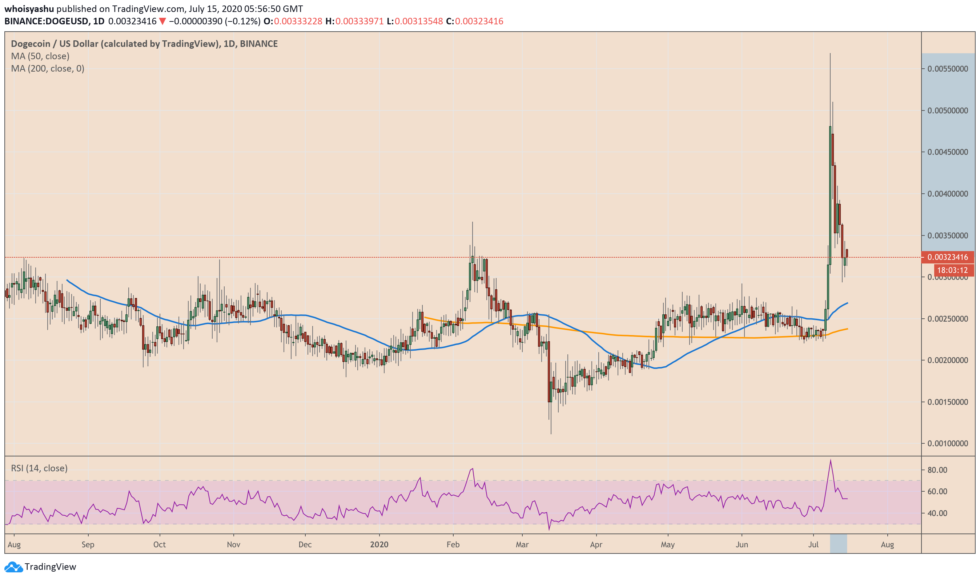 But is it a signal of an extended downside correction? It cannot be foretold because of Dogecoin’s inclusion in the derivatives space.

Flare Network’s Spark (FLR) tokens will be distributed based on XRP holdings at 00:00 UTC Dec. 12.
Numerous exchanges will support the Spark token airdrop.
Though Flare will snapshot XRP balances this month, FLR tokens will not be distributed until 2021.

Zcash completed its Canopy upgrade at 12:37 UTC on Nov. 12.
The upgrade reduces miner block rewards by half.
Canopy also eliminates Zcash’s Founders’ Reward, and will allocate some of those rewards to a development fund.

Asset management giant Fidelity is delving deeper into the digital asset space with the announcement of an analytics platform called Sherlock.