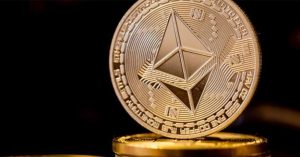 While the Ethereum developers gave out good news about the development of Ethereum 2.0, the price of the altcoin along with other factors has been soaring.

ETH On An Upward Trajectory?

The first two weeks seemed to be eventful for altcoins. As Bitcoin continued lounging below 10K, several altcoins rose to significant heights. While lesser-known altcoins outperformed prominent coins like LTC, ETH, and BNB, during the recent alt season, the roles are evidently reversed now. The price of Ethereum’s ETH was observed rising.

Earlier today, the entire crypto market including Bitcoin had turned green. However, a few altcoins were seen performing better than the rest. This list included Chainlink [LINK] as well as ETH. Even though the Ethereum devs have been delaying the Ethereum 2.0 rollout, the price of ETH seems to be moving favorably for the community. At the time of writing, the price of the coin had hit a high of $263.90 with a 8.6 percent increase over the last 24-hours.

The coin did witness dainty price changes during the altcoin price rally and just during this week, ETH had garnered a 10.7 percent.

Furthermore, as the price of the altcoin continued its journey uphill, the total number of Ethereum addresses in profit was also recording an increase. The number of ETH addresses in profit has been tapping new all-time highs on a daily basis now. Earlier today, an all-time high of 26,461,041.375 was recorded, however, this was further breached by another high of 26,537,344.958. Prominent analytics platform, Glassnode shared a chart displaying the same.

Phase 0 of Ethereum 2.0 was initially scheduled to be released in the Q1 of 2020, however, it seems like the network has to do some more waiting before traversing from Proof-of-Work to Proof-of-Stake. While Ethereum 2.0 had been constantly delayed by the team, the latest news comes as a ray of hope for those in anticipation of the rollout. Ethereum’s Danny Ryan revealed that the final public testnet for Ethereum 2.0 was all set to be launched on 4 August 2020.

China has added support for the digital yuan at 3,000 ATMs in Beijing.
China has conducted lotteries to boost the popularity of its digital currency. It’s distributed more than $40 million worth of digital yuan so far.