Ethereum miners have just earned a whopping $3.5 million in ETH in a single hour. This is according to on-chain data provided by the team at Glassnode via the following statement and accompanying chart. 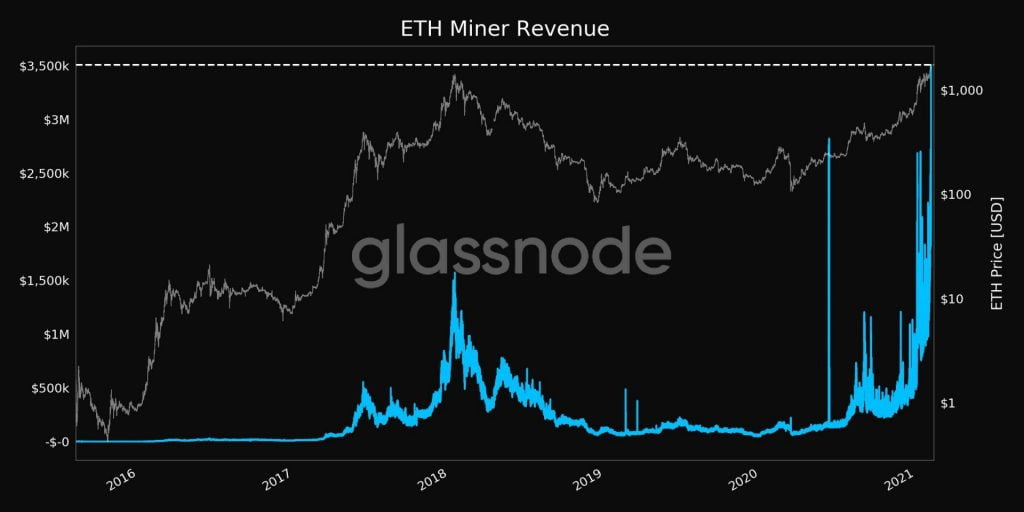 The high revenue by Ethereum miners is attributed to the ETH network being a beehive of activity due to DeFi and trading on the multiple Decentralized exchanges such as Uniswap. At the time of writing, the average transaction fee for an Ethereum transaction is $12. This is according to data from Etherscan that can be viewed in the following screenshot. 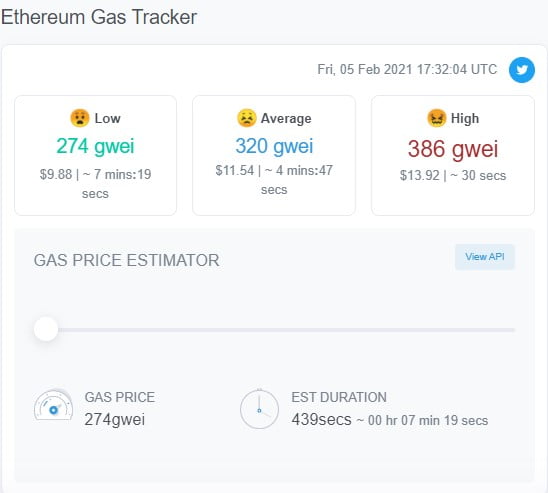 Earlier today, the team at Weiss Ratings had expressed their concern regarding the high ETH fees that have been a constant pain-point since DeFi took the crypto-world by storm in mid-2020. According to Weiss, layer 2 solutions need to be implemented fast or the golden goose of DeFi will die soon. They explained:

The ETH fee situation is getting critical. If you’re building on ETH right now, Layer 2 should be your top priority! If the current ETH price doubles without any significant upgrades, it could kill ETH DeFi golden goose as most people wouldn’t be able to afford the fees.

Layer 2 solves that problem by bundling multiple transactions together, splitting the fee bill among users.

High ETH Fees Could Result in a Migration to Other Blockchains

The team at Weiss went on to warn that Ethereum risks losing users and developers to other blockchain networks if scaling solutions are not implemented.

If it is not introduced to solve ETH fee problems in the next 6 months or so, many of ETH’s main competitors – #Cardano, #BNB, #Polkadot, #Cosmos, and others- will begin launching their own DeFi dApps, eating away a large chunk of ETH’s market share.

President Trump has fired Christopher Krebs, director of the Cybersecurity and Infrastructure Security Agency.
A top official at CISA resigned last week after reported pressure from the White House.

MyCrypto has a plan to stop Ethereum scams succeeding – Decrypt

Ever fallen foul to a cryptocurrency scam?
Blockchain interface MyCrypto has released a new feature designed to prevent anyone sending money to scam Ethereum addresses.

LINE PLUS has released a blockchain for central banks to issue their own digital currencies.
It’s currently in talks with several Asian central banks.
Mass adoption of CBDCs could be round the corner, but the technology used to achieve them is still disputed.