Nigeria, the biggest source of Bitcoin (BTC) trading volume in Africa, is apparently one of the fastest-growing crypto markets in the world, according to a new report.

According to a new study by major crypto wallet Blockchain.com, Nigeria has seen the largest influx of activity on its wallet app since April 2020.

Published on Aug. 5, the report says that Nigeria has been the best performing country on its platform over the past three months. The report notes a 60% increase in usage of Blockchain.com’s web wallet in the region since April.

In the study, Blockchain.com also pointed out that Nigeria has been the top country searching for Bitcoin on Google. According to data from Google Trends, Nigeria is leading in terms of Bitcoin interest over the past 90 days to date. The country is followed by a couple of other regions in Africa, as well as Switzerland and Austria.

While Nigeria is the best performing country on Blockchain.com in recent months, Peru has been the most active country over the course of July. According to data, Peru, India, and Indonesia are the top three countries according to the level of influx of total wallet transactions during that month. 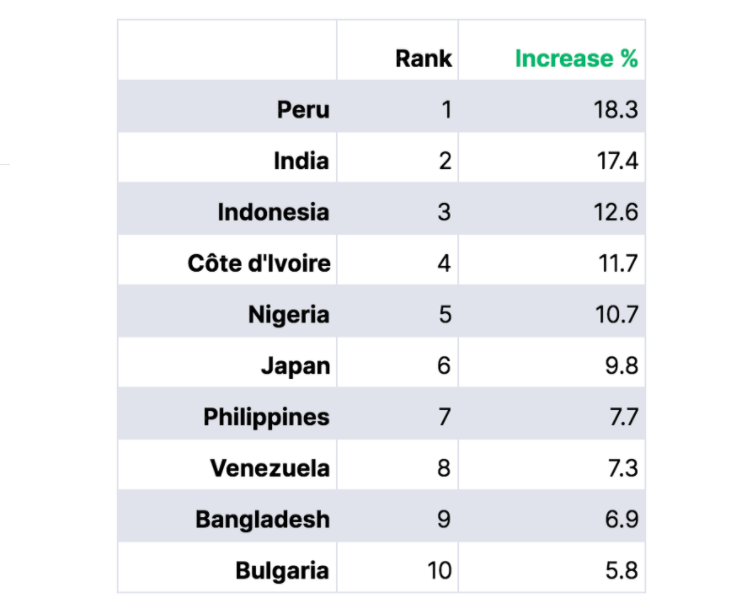 This news is in line with recent reports concerning the overall rise of crypto usage and trading in Africa. As Cointelegraph reported on July 23, an exec at Nigeria-based exchange, Yellow Card, outlined a rapid increase of crypto adoption in the region. “In terms of the crypto scene and everything, things are growing very rapidly, really across the continent, but specifically in Nigeria, South Africa, Ghana, and Kenya,” the firm’s CEO Chris Mauric said.

In April 2020, Nigeria became the eighth country in Africa to host a Bitcoin ATM despite the apparent legal uncertainty in the region.

Tether will move 1 billion USDT coins from the TRON network to Ethereum.
The tokens represent around 8% of the total market cap of USDT.
Tether has also launched on the OMG network.

The U.S. Securities and Exchange Commission (SEC) has announced it has settled charges against a company and its CEO for making misleading statements in connection with an unregistered ICO.
Sponsored
Sponsored
The firm, Loci Inc.

Chinese BTC mining outfit Bit Mining has invested millions in a new mining center in Texas.
The mining ecosystem is fast-growing in the U.S. but still lags behind China.