Regular visitors to Crypto Twitter likely know of the image seen below. It shows Justin Sun, the entrepreneur-founder of the Tron (TRX) cryptocurrency project, standing beside a sign with the catchphrase “Dare to DeFi” at CoinDesk’s Consensus conference. 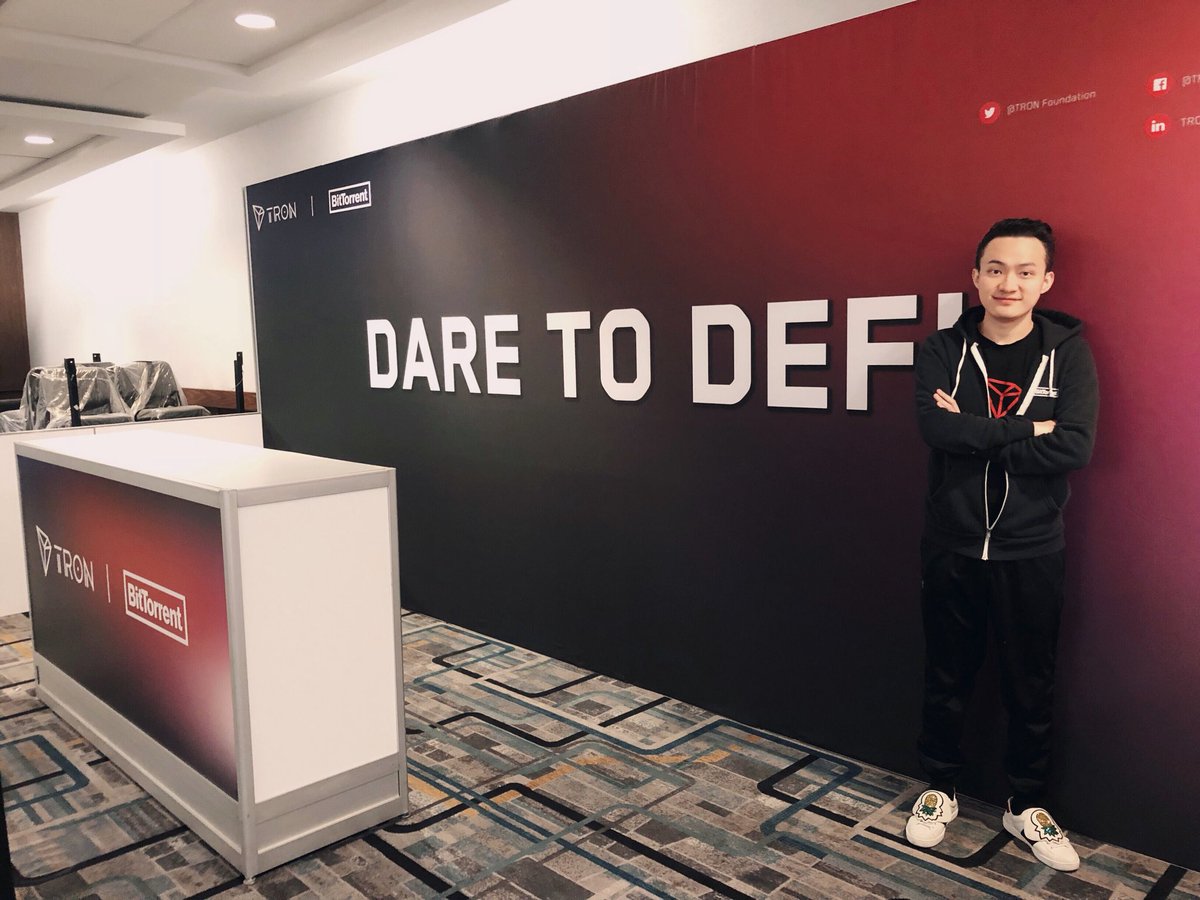 The reason why this photo is so ubiquitous online is that many in the cryptocurrency space found it funny that despite the catchphrase, Tron actually has (or had) little involvement in the space of decentralized finance.

But this is changing. Tron and its developers are making a concerted effort to break into the DeFi space as its competitor, Ethereum, has seen a flurry of investment activity and development.

DeFi has seen exponential growth over recent months. According to DeFi Pulse, a data site tracking this sector of the crypto market, has recorded that the total value of tokens locked in DeFi contracts has rallied by nearly 1,000 percent this year. Simultaneously, the value of tokens pertaining to this sector has risen above $10 billion, per CryptoSlate data.

Not all blockchains have been benefiting from this craze, though. By and large, DeFi is a trend only relegated to Ethereum.

Tron, though, is trying to put a foot in the DeFi door. The Tron-based JUST project, seemingly named after Justin Sun, released a trading platform called “JustSwap” on Aug. 18. The platform is ostensibly a special type of decentralized exchange called an Automated Market Maker, which removes the concept of the order book from trading and investing.

JustSwap, in aesthetics and function, seems like an attempt at replicating the Ethereum-based Uniswap, a prominent automated market maker that is processing over 100,000 transactions a day and over $100 million worth of volume each day. Uniswap is so large that it is processing more transactions that many top blockchains like Litecoin and facilitates more volume than some top centralized exchanges.

Unfortunately, Primitive Capital’s Dovey Wan has reported that JustSwap has seen some issues out of the gate.

The TRX cryptocurrency has benefited from Tron’s pivot from blockchain-based gaming and gambling to decentralized finance over recent weeks.

In the past 24 hours, TRX is down 8.5 percent as Bitcoin and Ethereum fall from their Monday highs due to a correction in the value of precious metals like gold.

The number of transactions on the Ethereum layer 2 aggregator Polygon has dropped significantly since the team decided to increase the cost of gas. According to the Polygonscan blockchain tracker, daily transactions have fallen from over 6 million earlier this month to around 3.

The governor of the Republic of Buryatia, Russia signed a decree allowing for the construction of a 13.6 acre data center in Southeastern Siberia. The facility will become home to a number of hi-tech activities, including a Bitcoin (BTC) mining operation.

Coming every Sunday, Hodler’s Digest will help you track every single important news story that happened this week. The best (and worst) quotes, adoption and regulation highlights, leading coins, predictions and much more — a week on Cointelegraph in one link.