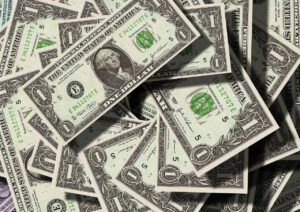 As US economy is heading toward its disastrous 2nd quarter results, the Trump administration is considering the expansion of the trade war to finance, which could destabilize the US dollar and derail the post-pandemic global economy. 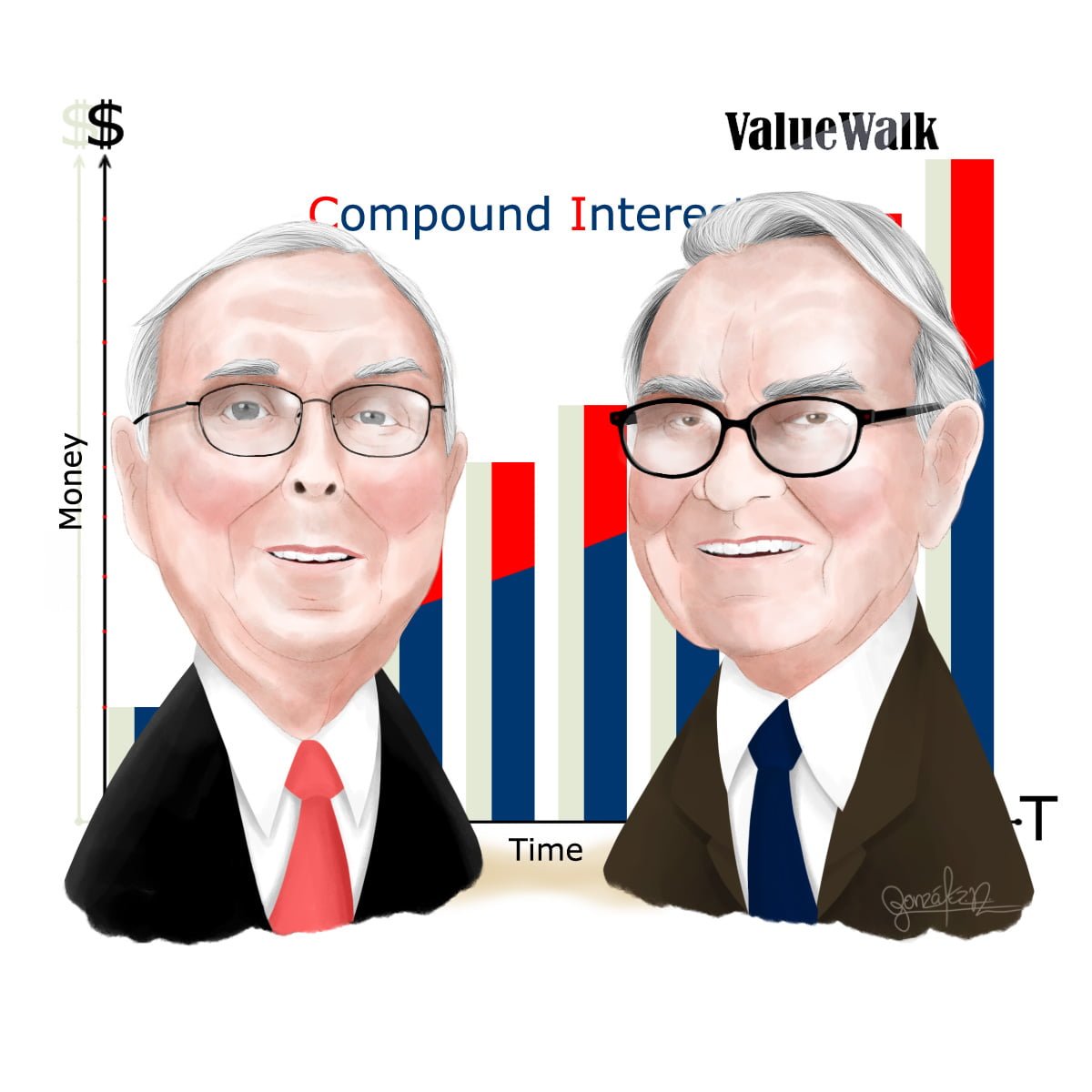 After its failure in the COVID-19 containment and the expected -53 percent plunge of real GDP growth in the 2nd quarter, President Trump’s re-election campaign is in serious trouble. To deflect the blame, his administration has launched a series of provocative measures against China thereby fueling elevated bilateral tensions.

Worse, the White House is reportedly considering moving from a bilateral trade war to an effort to exclude China from the dollar-denominated international payment network. In Beijing, that would be seen as weaponization of US dollar.

Created in Brussels in 1973 – after the rise of US deficits, weaker US dollar and its decoupling from the gold standard – the dollar clearing and settlement system (Society for Worldwide Interbank Financial Telecommunication, SWIFT) is ostensibly a non-profit organization. Yet, its first CEO was a former executive of American Express and its data centers are in the US, Netherlands and Switzerland.

According to critics, the SWIFT’s status changed after 9/11, when the Bush administration, true to its unipolar stance on US security and defense, seized the payments network as an added tool in “coercive diplomacy.”  In the Trump era, coercive diplomacy has been expanded in US economic engagements.

The SWIFT itself is said to oppose such measures, which could cost it a huge number of clients. After all, a contract on connecting to SWIFT is signed with each major bank separately, not the country.

In the inter-dependent global economy, international trade and finance are two sides of the same coin. Cross-border trade transactions rely on an effective international payments system and a robust network of financial institutions issuing credit.

That infrastructure remains built around US dollar, which the Trump administration would like to leverage to contain China’s rise.

In the postwar era, the Japanese yen’s might peaked in the mid-1980s, when Tokyo agreed to a managed trade deal in New York City’s midtown Plaza Hotel. The controversial pact led the US, France, West Germany, the UK and Japan to depreciate US dollar relative to the Japanese yen and Deutsche mark by intervening in the currency markets.

It was this exchange-rate manipulation that played a key role in Japan’s subsequent containment, by paving the way to its asset bubble in the early 1990s and the subsequent lost decades.

But China is not going to follow that path.

Diversification Away From US Treasury Bills

Through the Trump years, China has resisted protectionism and trade wars. But as a defensive measure, Beijing may now be forced to prepare against the risks of being cut off from the US dollar payment system.

Under the US dollar payment system, China remains vulnerable to potential US sanctions.

As long as China holds $1.1 trillion in US treasury bills and large investments that remain denominated in US dollars, exposure remains high. Over time, Beijing can diversify away from some of these bills and investments, while internationalization of the renminbi would reduce reliance on the US dollar.

China is preparing for currency swap facilities as part of the Belt and Road Initiative (BRI) and in the Regional Comprehensive Economic Partnership (RCEP) with many Southeast Asian countries. Similarly, according to a recent report, sovereign wealth funds expect China to remain in the economic driving seat, despite the Trump administration’s cold wars.

Thanks to the long-term potential of Chinese economy and finance, renmibi’s role as a global reserve currency and its rising attractiveness for international transactions, the time is right for accelerated internationalization. As China is now the first major economy to defuse the COVID-19 impact and is rebounding, global demand for renminbi assets is rising.

During the 2008 financial crisis, China’s central bank’s then-chief Zhou Xiochuan revived Keynes’s idea of bancor, an international currency, while several major economies began talks about diversification away from US dollar.

In 2015, the BRICS New Development Bank proposed having 50 percent of projects financed by local currencies. More recently, several countries and groups of countries, including China and Russia, have pushed for alternative payment systems parallel to the SWIFT, as a defensive measure.

In fall 2019, India, Russia and China were reportedly exploring an alternative to the US-dominated SWIFT mechanism. Last January, after the US exit from the Iran nuclear deal, Germany, France and the UK set up an alternative payment channel with Iran (INSTEX), to help continue trade and circumvent US sanctions.

In March 2020, the Shanghai Cooperation Organization (SCO) agreed to develop a roadmap to conduct bilateral trade, investments, mutual settlements and issue bonds in national currencies. The SCO members include China, Russia, Central Asian states, as well as India and Pakistan.

In the postwar era, then-France’s finance minister Valéry Giscard d’Estaing described the dollar’s role as the leading global reserve currency as an “exorbitant leverage.” Unlike any other nation worldwide, the US can print money at negligible cost and use it to purchase goods and services worldwide.

In 1971, when European ministers worried about the export of US inflation, President Nixon’s Treasury Secretary famously stated that the dollar “is our currency, but your problem.”

At the time, financial globalization was still minimal. With the opening up of global capital markets, the US has not only been able to project its exorbitant leverage over the entire world but the White House has repeatedly weaponized that power since 9/11.

Trump White House Is Hastening The Eclipse Of US Dollar

Today, four-fifths of global trade remains invoiced and settled in dollars, and most transactions are cleared through US financial system. Yet, Washington can isolate or block any nation from that system for its unilateral goals. Limiting capital flows worldwide, such restrictions have far broader effects than bilateral trade tariffs.

All that’s needed to impose such gargantuan limits is for US president to invoke the 1977 International Emergency Economic Powers Act (IEEPA). President Bush seized the IEEPA against terrorism; President Obama against transnational criminal organizations.

In his “maximum pressure” foreign policy, the Trump administration has used “national emergency” as pretext for economic goals and may be moving toward the Trading with the Enemy Act (TWA), which was central to US Cold War containment policy.

Recently, the dollar has taken a beating on Wall Street. As US national debt is $27 trillion – 133 percent of US GDP – the dollar is facing a period of elevated volatility, due to still another round of unlimited quantitative easing by the Federal Reserve.

Today, the greatest threat to the dollar-denominated global infrastructure is not China, Russia or European Union, but the Trump administration. With its unilateral use of the international payments system, it is accelerating the path toward a dollar crisis.

Dr Steinbock is the founder of Difference Group and has served as research director at the India, China and America Institute (USA) and visiting fellow at the Shanghai Institutes for International Studies (China) and the EU Center (Singapore). For more, see http://www.differencegroup.net/

A version of the commentary was published by China Daily on July 29, 2020

The recent BTC run has borne good news for two important parts of the Bitcoin ecosystem — investors and miners.
Data from on-chain tracking firm Glassnode shows miner revenues are back at pre-halving levels, i.e. before May 12 of this year.

Bitcoin (BTC) may have traded sideways for much of last month thanks to Grayscale, but the status quo will soon change.
According to data from on-chain analytics resource CryptoQuant, the price premium of the Grayscale Bitcoin Trust (GBTC) just hit its lowest since April 2019.