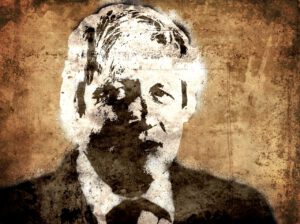 UK Govt to Fight COVID-19 With Anti-Obesity Laws; Overweight is a Major Factor in Pandemic ICU Use and Death Rates 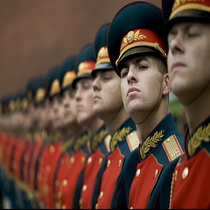 WASHINGTON, D.C. (July 27, 2020) –  Inspired by his own near brush with death from COVID-19, a risk exacerbated by his excess weight, Prime Minister Boris Johnson is rolling out a £10 anti-obesity program for the UK, including bans on TV commercials for junk foods, says public interest law professor John Banzhaf, who notes that the ban is similar to the one on cigarette commercials in the U.S. he is largely responsible for.

Johnson’s “Better Health” campaign will also reportedly include a requirement – similar to a law in the U.S. – that restaurants, including fast food outlets, publish the number of calories in the meals they serve, reports Banzhaf, who helped spark the U.S. rule after bringing several fat law suits.

It will also reportedly include a ban on “buy one, get one free” promotions on high-fat products.  This is similar McDonald’s decision to cease it SuperSize promotions, a policy which was ended when the movie “Super Size Me” – which Banzhaf helped inspire and appeared in – became popular.

British experts report that obesity is “the single most important modifiable risk factor” in fighting COVID-19.  Indeed, Public Health England just published a report into the impact of obesity on people with COVID-19, and said the case for action has “never been stronger.”

The report concluded that the risks of hospitalization, use of scarce hospital ICU beds, and death all “seem to increase progressively with increasing BMI [body mass index] above healthy weight range,” and also that being obese increases the risk of death from the coronavirus by 40%.

Banzhaf suggests that Americans are being bombarded with messages urging them to take steps – such as hand washing, keeping their distance, wiping surfaces, etc. – to reduce deaths from the coronavirus, but little about making other changes which could likewise slash the COVID-19 death toll, and in addition also save millions of lives and hundreds of billions of dollars in other unnecessary medical costs.

Since studies show that losing weight can substantially reduce the mortality rate from COVID-19, perhaps the government and health groups should spend at least as much time and effort – now consumed on persuading people to wash their hands and keep their distance – in urging Americans to take personal responsibility for their own health choices and lifestyle decisions.

Such programs would also slash deaths and medical costs from other major diseases in addition to COVID-19, says Banzhaf, suggesting that we should take a hint from what other countries are doing.

A recent study by NYU shows that the biggest controllable factor in determining whether those with COVID-19 need hospital care is obesity.  COVID-19-infected patients under age 60, with a BMI of 30-34, were twice as likely to be admitted to acute or critical care as those at the same age with BMIs less than 30. Those who were morbidly obese [BMI > 35] were three times as likely to be admitted to the ICU.

Researchers at the University of Liverpool warned that obesity increased the risk of dying from the coronavirus by 37%. “The chronic condition with the strongest association with critical illness was obesity, with a substantially higher odds ratio than any cardiovascular or pulmonary disease,” the researchers have concluded.

A UK study of NHS records found a doubling of the risk of dying among COVID-19 patients who were obese. Researchers also reported that if other health conditions linked to obesity – such as heart disease and diabetes – were also taken into account, the increase in risk would be much greater.

A very recent CDC study shows that obese people are much more likely to suffer severe symptoms from COVID-19.  In China, where the outbreak began, being obese was associated with a 142% higher risk of developing severe pneumonia associated with COVID-19.

A larger study of over 4,000 patients with COVID-19 in New York City found that severe obesity was a major risk factor for hospitalization, second only to age.

The Total Cost Of Chronic Diseases Due To Obesity

In addition to being a major factor in exploding the number of COVID-19 deaths and associated medical care costs, one study has reported that in the U.S. the “total cost of chronic diseases due to obesity and overweight was $1.72 trillion – equivalent to 9.3 percent of the U.S. gross domestic product [GDP],” although other estimates are somewhat less but still very high.

Also, most of this huge and unnecessary expense is paid by people who are not obese, in the form of higher taxes for unnecessary medical expenses under Medicare, Medicaid, Obamacare, Veterans and Indian benefits, and other welfare programs, and in grossly inflated health insurance premiums.

Ironically, the closing of schools because of the pandemic could substantially increase obesity among children, experts warn, because they will no longer have scheduled gym periods or the chance to run around during recess, and more opportunity and temptation to snack in front of a screen while stuck inside at home. Similar increases in the weight of adults, as a result of the pandemic, have also been reported.

A very recent study has proven how the U.S. can slash its obesity rate by taking the same simple steps which Chile took four years ago, and which other countries are beginning to follow.  It showed that a few simple measures have, for example, slashed consumption of sugary soft drinks – the major source of unnecessary sugar and calories in the diet of most teens – by almost 25%.

“An effect this big at the national level in the first year is unheard of,” said the study’s lead author, a nutrition epidemiologist at the University of North Carolina.  “It is a very promising sign for a set of policies that mutually reinforce one another. This is the way we need the world to go to begin to really combat preventable diseases like obesity, hypertension and diabetes.”

The new policies – which are already being copied in part by Peru, Uruguay, Israel, Brazil, Mexico, and other countries – include:

Another study showed that Chilean children were subjected to half as many ads for junk food and sugary drinks after these restrictions were put in place.

If governments can require Americans to stay in their homes, shut many businesses, wear masks, and put huge numbers of people out of work to combat only one disease [COVID-19], logically they should be willing to take much less intrusive and only minimally disruptive steps to reduce it, as well as other major causes of unnecessary deaths, disability, and massive medical costs by reducing obesity; e.g., by steps such as limiting commercials, adding warning labels, banning cartoon figures, etc.

Even Johnson, who had previously warned about the “continuing creep of the nanny state,” has now changed course, and realized that countries cannot continue to ignore the risks and huge unnecessary costs caused by obesity, especially as a major contributing factor to the deaths, disabilities, and medical expenses of COVID-19, says Banzhaf.

If the U.S. can require citizens to wear masks, and require some businesses to shut down for months at a time, it can certainly engage in much less intrusive nudges – such as health warnings, and limits on advertising – to deal with a risk to public health such as obesity, which is at least as deadly by itself, and at least as costly as COVID-19, he argues.

Professor Banzhaf has been called “The Man Behind the Ban on Cigarette Commercials,” “Mr. Antismoking,” the lawyer “Who’s Leading the Battle Against Big Fat,” “a Driving Force Behind the Lawsuits That Have Cost Tobacco Companies Billions of Dollars,” and “The Man Big Tobacco and Now Fast Food Love to Hate.”

The latest Harvest Finance DeFi incursion has generated overwhelming denigration from crypto pundits on social media. However, it would be more constructive to break the situation down to find out exactly what happened in order to mitigate future attacks.

The Southern Indian state of Telangana may soon develop and test a blockchain-based electronic voting system to facilitate remote voting.

Popular staking platform Tezos has taken a step closer to decentralized finance with the integration of Harbinger price oracles.
Harbinger is a project that delivers signed price feeds based on real time market data from multiple exchanges.