Bitcoin and Ethereum seem primed to break out after a multi-month consolidation. The two assets have posted strong gains in the past 72 hours, rallying higher after flatlining. Analysts say that if BTC begins to trend, it is a bad idea to hold altcoins.

The head of technical analysis at Blockfyre claims it is a poor idea to long altcoins if Bitcoin and Ethereum begin to trend:

“If $BTC and $ETH start trending. I’d be cautious on longing #ALTS. Especially if this is the start of a new BTC trend upwards. The most likely out come would be alt/btc pair ratios getting drained while BTC moved past 10.5k in that scenario. I also wouldn’t look to fade 1st move.”

His latest comment comes shortly after he said that an altcoin “rage dump” is probable. As reported by Bitcoinist previously, his exact comment was as follows:

“Alts are about to bring the pain. This chart doesn’t miss and hasn’t missed in this entire thread. Alts are going to rage dump across the board 5-15% on the BTC pairs (USD unsure depends on BTC direction). Do with that info what you will.”

Adding to this outlook, the Tom Demark Sequential has printed a buy “9” candle on the one-week chart of the Bitcoin dominance. BTC dominance is the percentage of the crypto market made up of BTC.

The Pullback Has Begun

It seems that the pullback this analyst has been expecting and signals have been forecasting has begun. Below is a screenshot from Coin Market Cap of the worst performing cryptocurrencies over the past 24 hours.

A majority of these tokens that are underperforming are coins that saw surges to multi-year or new all-time highs over the past week.

Take Synthetix Network Token (SNX), for example. The asset recently surged to a new all-time high around $4.00 on the back of venture capital investment and an uptick in overall adoption. 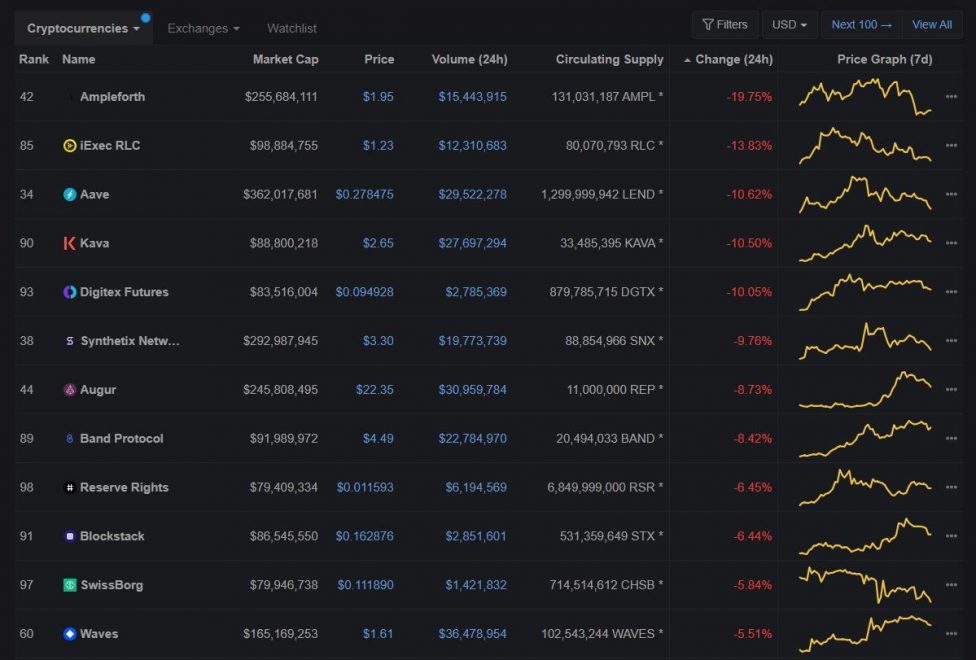 Data from Coin Market Cap. Current as of July 23rd

How to protect yourself from Bitcoin scams – Decrypt

When Twitter was hacked recently, it was to engineer a Bitcoin scam on a scale never before seen.

Bitcoin security firm Casa today announced a consultancy partnership with the Human Rights Foundation to help activists and dissidents around the world protect their Bitcoin holdings, which are used to fight against rights abuses the world over.

How Bitcoiners are Working With El Salvador’s Leaders – Decrypt

Fervent Bitcoin enthusiasts have traveled to El Salvador to meet with officials and learn about the project.
Peter McCormack interviewed the President.
The bill is controversial.

In less than 80 days, El Salvador will become the first country to declare Bitcoin as legal tender.