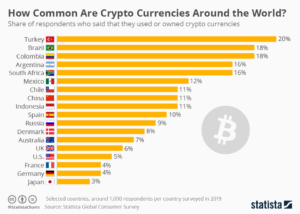 In a column he wrote for Forbes in late May, digital asset expert Leeor Shimron lays down his assessment of what the cryptocurrency exchange industry will achieve in the next decade. Shimron is currently a VP at Fundstrat Global Advisors, so his take commands a whole lot more respect than the average crypto influencer on YouTube.

Shimron compares crypto adoption with the rise of the internet, which have both been disruptive innovations. He notes that the internet took five years from the introduction of the first web browser to reach 10% user adoption, then another five to reach 50%, and suggests that crypto will follow a similar pattern.

A recent poll in which 5% of US respondents said that they had owned crypto shows that Bitcoin took 11 years to reach this point, but Shimron is hopeful that it will reach 10%, 20%, or 50% adoption by 2029. According to his projections, that would translate into annual revenue of up to $9.6 billion/year for the exchange industry. 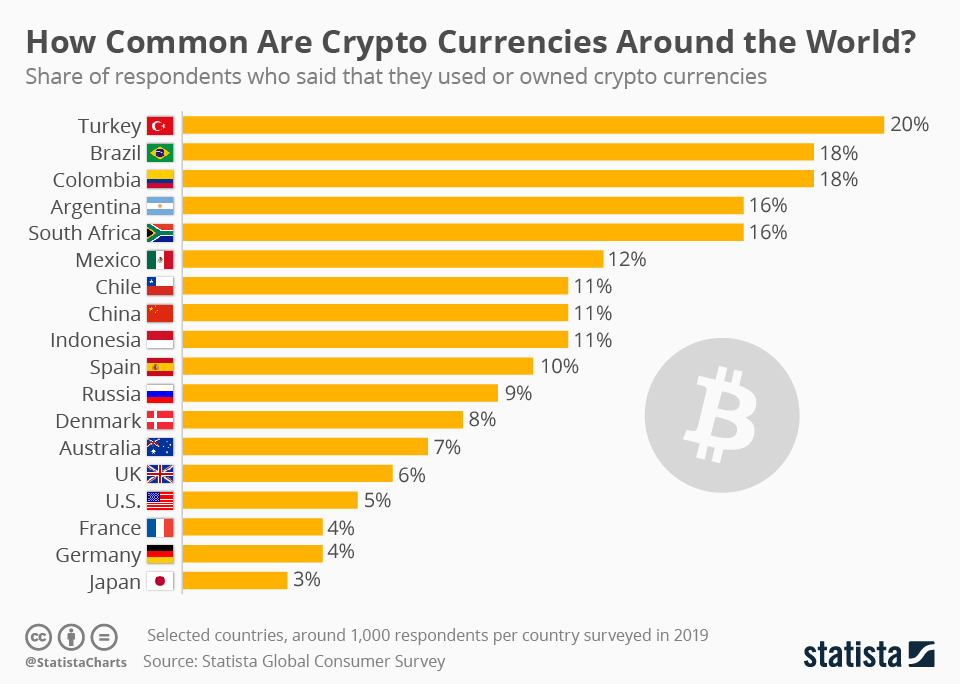 To reach this conclusion, Shimron uses Messari’s Real 10 exchange data, which shows that US trading in bitcoin took in $1.3 billion in 2015, and over $227 billion in 2019, amounting to 15.7% as the average CAGR. He assumes the average trading fee was 0.42%, using Kraken’s fee schedule of 16 basis points for maker and 26 basis points for taker, which corresponds to $956 million aggregate exchange revenue from trading fees in 2019.

Then he multiplies the exchange revenue up by 10%, 20% and 50% growth, to model three possible adoption rates. Indeed, if user adoption reaches his most optimistic prediction of 50% by 2029, that adds up to $9.6 billion exchange revenue that year.

It’s a compelling and optimistic vision, but in my book, his calculations may still be too conservative, simply because Shimron has chosen to oversimplify things for the sake of his readership. In reality, there is no reason why crypto exchange volume should be linked to user adoption.

Crypto trading may rely on the internet, but the internet was only in a position to grow through user adoption. Looking at the ecosystem with even slightly more space for nuance, a number of factors could push crypto exchange revenue up faster and higher than Shimron has predicted.

Crypto exchanges routinely burn tokens as a way to demonstrate their commitment to valuation. Binance burns approximately 20% of its profits every quarter. Ripple’s policy is to burn the tokens used for trading fees every time a transaction takes place. By regularly removing tokens from circulation, exchanges can regulate inflation and increase the value of tokens that remain, which, in turn, raises demand. 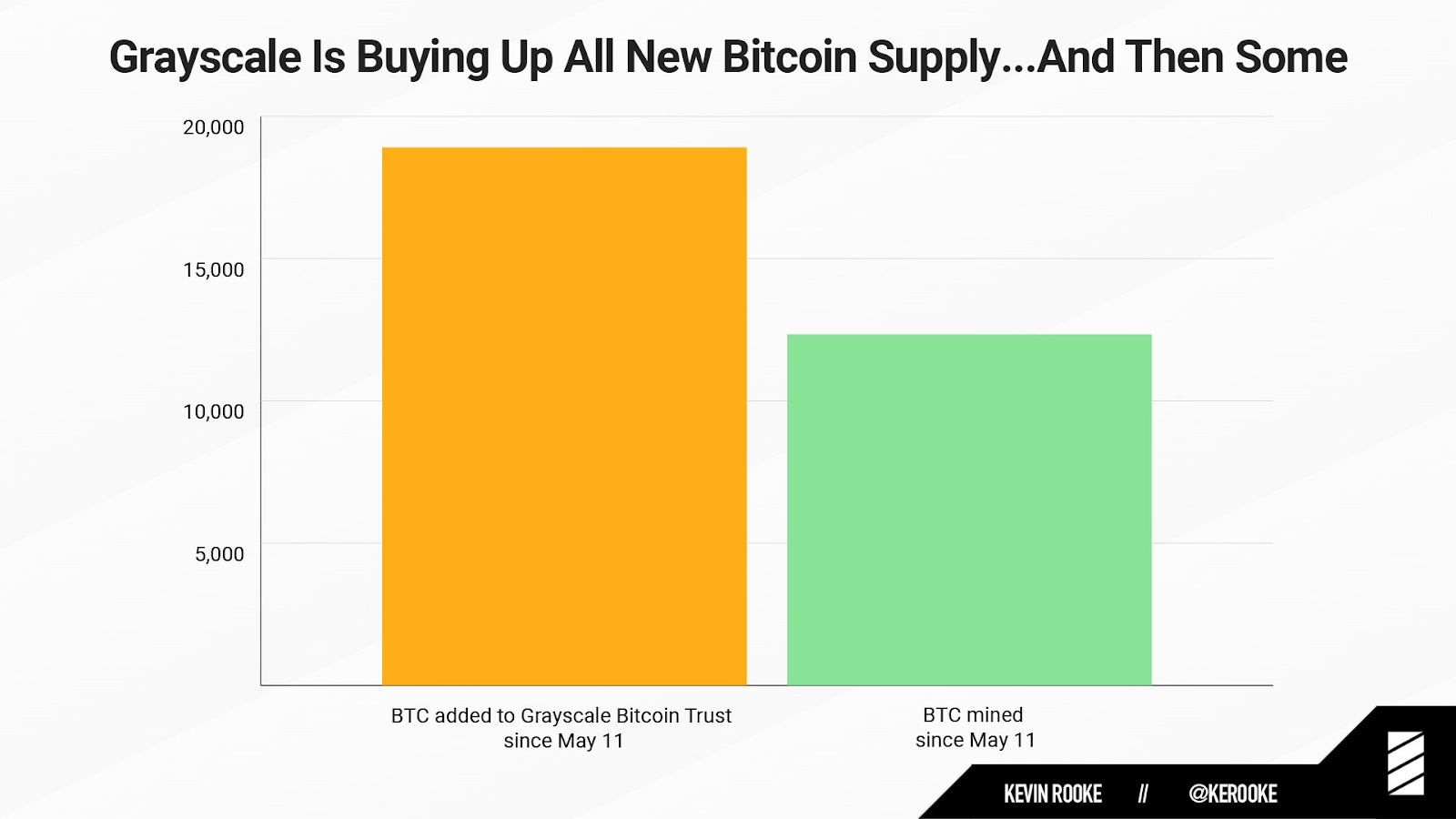 Exchanges and funds both buy up tokens at a higher rate than the average investor, ratcheting up the value of tokens and generating more trade than might be anticipated based purely on user adoption.

For example, the Grayscale fund bought 150% of newly-mined bitcoins from May 11 to 28, for its Grayscale Bitcoin Trust (GBTC). That’s right – 50% more coins than were mined. This type of activity could cause serious scarcity on crypto exchanges, especially if other funds follow Grayscale’s lead, spiking prices further and generating more money for exchanges.

Shimron acknowledges that his calculations are based purely on trading fees, but these are far from the only revenue channel that exchanges depend on for business growth.

Exchanges also enjoy revenue from white label services. Huobi launched a white-label cloud, or API service, in the Middle East and Africa, using a fee-sharing revenue system. The company reports that its cloud partnerships earned $1.5 million in net profit from October 2018 to May 2019.

Binance, Opex, and Bitcoin.com are just a few of the exchanges running their own mining pools to further boost their income. Bithumb, Idex, and Poloniex are also staking proof-of-stake (PoS) coins.

This is a positive for the crypto world, as greater diversity in the ecosystem increases stability for the ecosystem and helps boost user adoption further. Rafael Zhou, the business lead at Bityard, says “Up until now, exchange platforms have been more or less a one-trick pony. As they add more revenue channels and services, they’ll add to the diversity of the crypto ecosystem in a way that boosts their earnings and encourages adoption at the same time.”

The Net Investment Per Trader Could Be More Than Expected

Shimron’s logic is based only on the trader population, not the amounts that they invest. Crypto is becoming increasingly attractive to wealthy investors who’ll spend more per trade than the average trader.

Paul Tudor Jones, the hedge fund manager and millionaire, is a poignant case in point. “When I think of bitcoin, look at it as one tiny part of a portfolio,” he recently told CNBC. “It may end up being the best performer of all of them, I kind of think it might be.”

Jones has invested almost 2% of his assets in crypto and recommends it strongly. And he isn’t alone. Superinvestors like these have the power to transform the entire exchange market.

Success breeds success, so crypto may not need to reach even 20% adoption before it passes the tipping point where adoption rises exponentially. Central banks are discussing launching their own crypto currencies. Facebook is working hard on a big Libra launch. And companies as varied as the Microsoft Xbox store, KFC Canada and Expedia already accept it as currency.

Mentions of cryptocurrency exchanges in the media have skyrocketed, increasing consumers’ familiarity with and trust towards the concept. 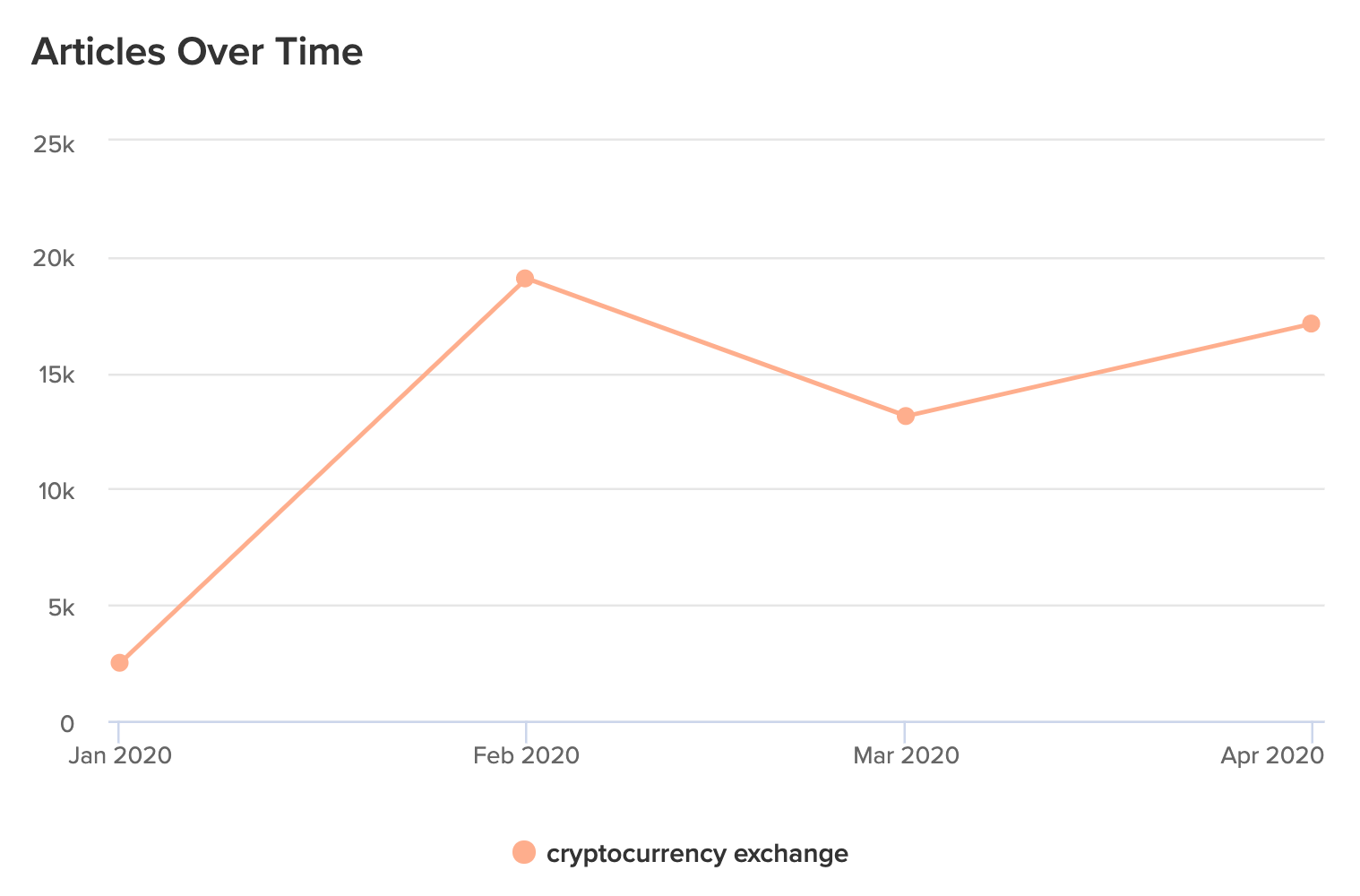 Meanwhile, the number of investment vehicles that include crypto are also rising:

All these advances push the adoption rate of crypto higher.

Every big exchange has been hacked at least once, creating a (valid) perception of poor security that is a serious deterrent for would-be crypto traders.

Exchanges are now upping security and governments are applying better regulations, improving the reliability and trust in trading. And as the exchange industry continues to grow and diversify, investors have more options to use platforms that are less obvious targets.

Predicting Is Impossible, but the Future Looks Bright for Exchanges

There’s a good chance that increased interest from wealthy investors, media buzz, the diversification of revenue channels, improved security, and the continuing burn rate will all help crypto exchange industry to well exceed Leeor Shimron’s optimistic estimate of $9.6 billion in annual revenues by 2029.

That said, we can’t predict the impact of disruptive tech – it’s called “disruptive” for good reason. All current assumptions are based on what we know of stock markets, futures trading, and the internet, and they could be wrong, including assuming that anyone will want to trade or invest at all.

The post Will Crypto Exchanges Really Surpass $9B in Annual Revenue by 2030? appeared first on ValueWalk.

Bitcoin (BTC) appears to be trading inside a descending parallel channel.
On May 17, it bounced at the support line of this channel and has been increasing since.
BTC bounces at support
BTC has been moving downwards at an accelerated pace since May 10.

Crypto lender BlockFi accidentally paid out an excessive amount of promotional rewards in bitcoin and is threatening legal action to recover the funds.
As part of a March promotional giveaway, BlockFi offered users a bitcoin bonus as a percentage of volume traded.

Hat-trick hero: Empty stadiums get blockchain and soccer to play together

In a first for professional soccer, Spanish team DUX Internacional de Madrid has used crypto to buy a new player. Ex-Real Madrid player David Barral is a new acquisition for the club facilitated by the cryptocurrency trading company Criptan.