XRP – like most other major digital assets – has been caught within a bout of sideways trading throughout the past couple of weeks.

This comes as investors begin shifting their interest away from major tokens and towards small and mid-cap altcoins, which have been offering massive returns in recent days.

As a result of this, XRP has formed an incredibly close correlation to both BTC and ETH, although it is showing some independent signs of weakness as its sellers hold it beneath $0.30.

Despite this, one analyst is still optimistic that upside is imminent. He points to a plethora of factors that seem to confirm this notion.

At the time of writing, XRP is trading down marginally at its current price of $0.29. This is around where it has been trading throughout the past several hours.

Just a couple of days ago, the token witnessed a sudden influx of selling pressure that caused its price to reel from $0.31 to lows of $0.285. It was able to find significant support here and has been trading around its current price level ever since.

It does appear that volatility may be imminent in the days ahead.

One analyst recently put forth a chart showing that the cryptocurrency is now sitting at the apex of a massive pennant on its daily chart.

“XRP (USDT) Volatility is right around the corner.” 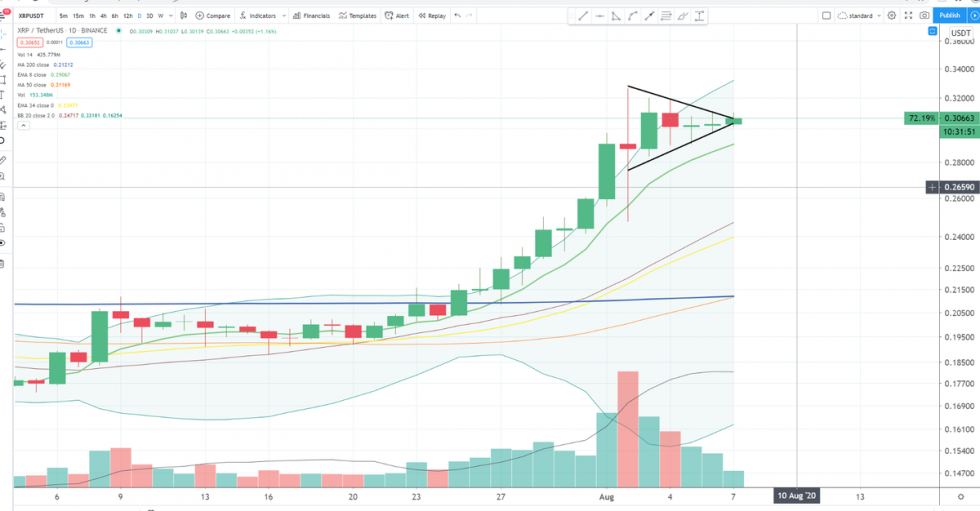 Will This Volatility Favor Bulls or Bears?

Another analyst offered an upside target for XRP at $0.475, but he notes that it needs to close its weekly candle above $0.30 for this to come to fruition.

He also believes that a break above this upside target could lead to a rally towards $1.00. 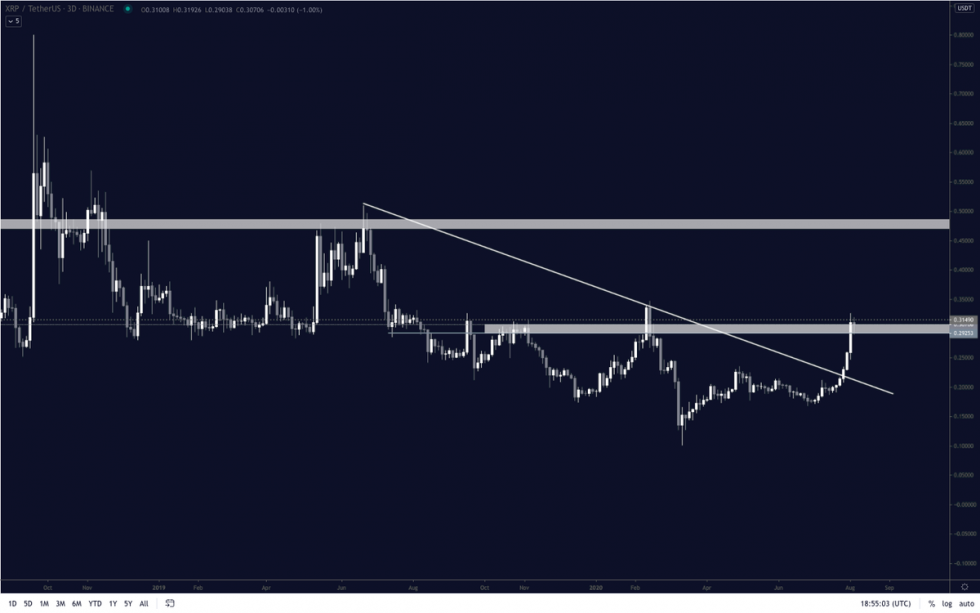 The day ahead will likely offer significant insights into which direction XRP will trend in the weeks and even months ahead.

Yearn Finance (YFI) launched just a month ago and since then the yield aggregating platform’s total value locked has climbed to $611 million.
In the last three days, YFI price climbed to $12,800, a nearly 330% rally since the price bottomed at $3,005 on Aug. 13.

Electric Capital co-founder and partner Curtis Spencer implied that the Bitcoin network may owe its continued existence to the grace of world governments.